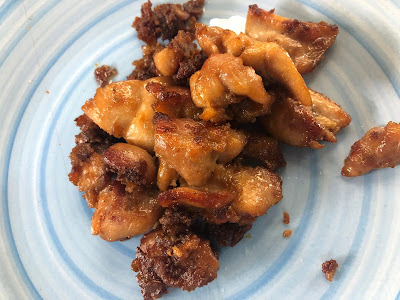 I was a bit surprised when I saw Great British Bake Off was doing Japanese week, as I didn’t think Japan was a particularly easy theme for cakes and bakes. Of course, I’ve never been to Japan so could be completely wrong – and a few years ago I did go to the opening of a Japanese cafe in central London which was really nice. But when I googled Japanese desserts, the main things that came up used flavours that are quite hard to get hold of unless you can go to a specialist shop, like yuzu, matcha and red bean paste. One recipe I kept coming across was a really light wobbly cheesecake that looked quite difficult to make – which is what Lottie actually made on GBBO that made her star baker.

I have made mochi before which was interesting – quite nice but not something I’d eat regularly – but since I couldn’t get hold of any matcha or yuzu in time I couldn’t think of anything I could bake that wouldn’t be really complicated. So I decided to do dinner from my Wagamama cookery book instead! I picked out Tori Kara Age which is essentially a marinated fried chicken recipe. I didn’t realise it was actually a side dish as I have never ordered this in Wagamama’s, but I think it also goes well with rice as a main course.

It is a little time consuming to make since you have to make the marinade (which is a separate recipe) first, and then a dipping sauce (another separate recipe). Luckily I already had most of the ingredients, including sake, from a previous recipe; this uses quite a lot of soy sauce as well so make sure you have plenty! Once I had marinated the chicken pieces they were coated and fried; the dipping sauce added an umami sort of taste that was really quite more-ish! 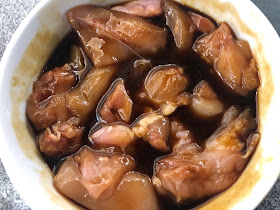 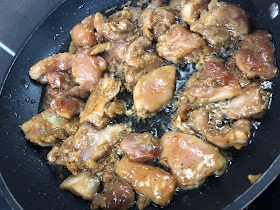 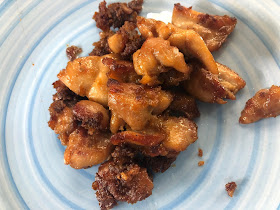 My favourite Wagamama recipe though is the dish I order almost every time I eat there (which is only once every couple of years, if that, as my husband doesn’t like that cuisine) – chicken katsu curry. So I was quite pleased when the restaurant chain decided to publish their recipe during the first lockdown, for people to make at home. It is surprisingly easy – you need quite a few ingredients but all ones I already had in the cupboard. I tend to take a shortcut and buy breaded chicken goujons rather than make my own, but the sauce tastes exactly like the real thing and has quickly become a firm favourite in my household! 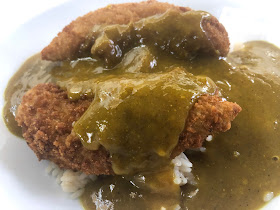 I was also interested to learn about kawaii from Great British Bake Off - a style of Japanese cake decorating that translates as cute or adorable. If you see a kawaii cake you will know straight away what I mean! I have made a few things in the past that might fall roughly under this category - not strictly speaking kawaii, but I think they are quite cute! Check these out: